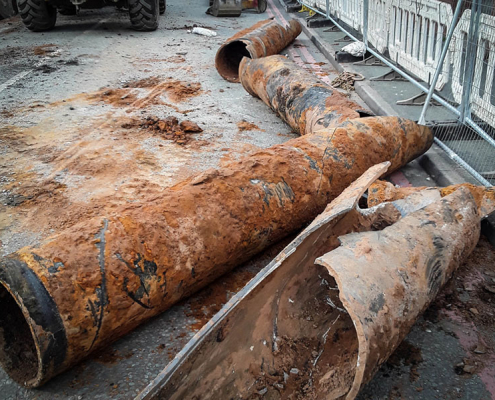 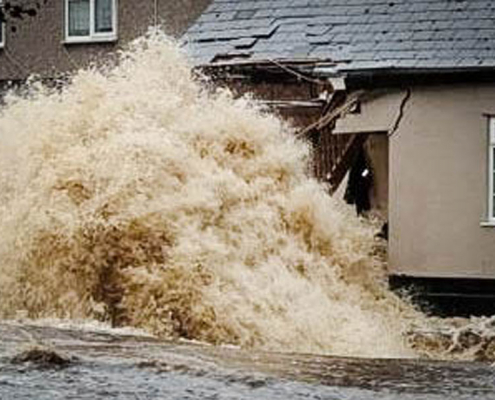 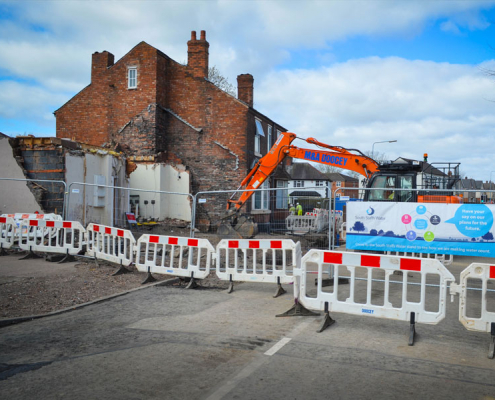 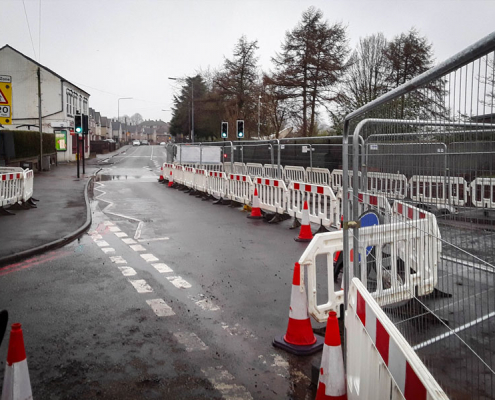 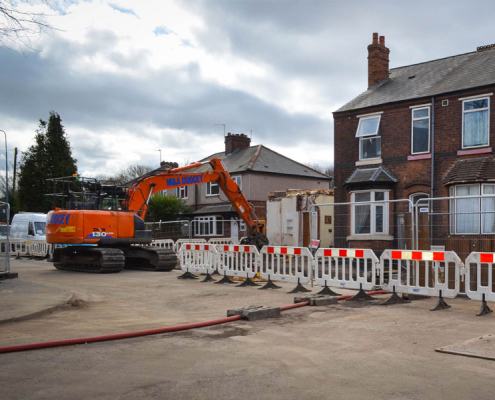 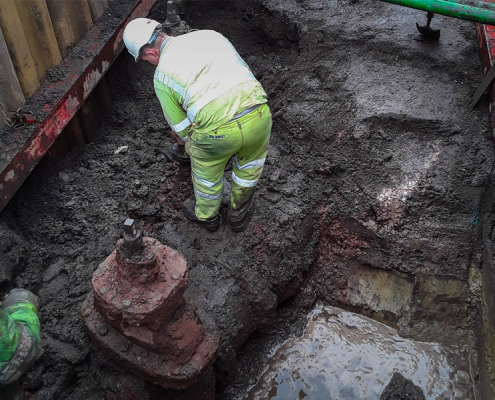 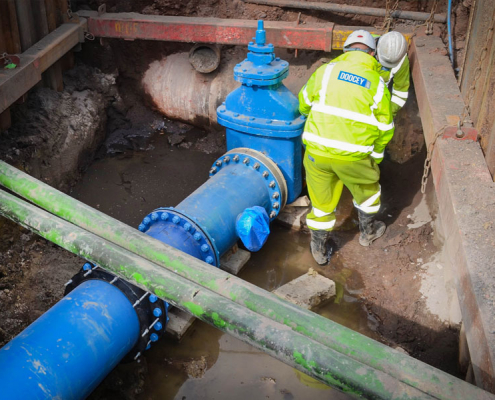 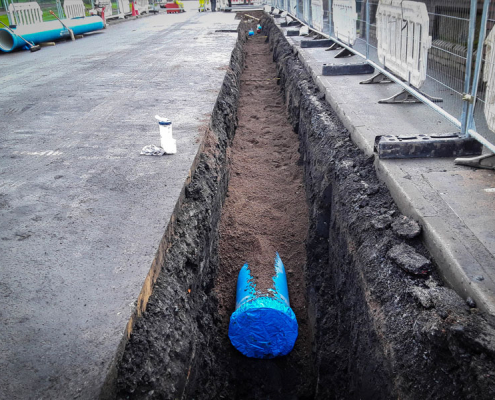 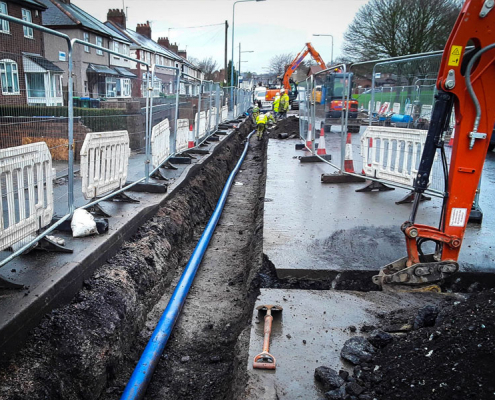 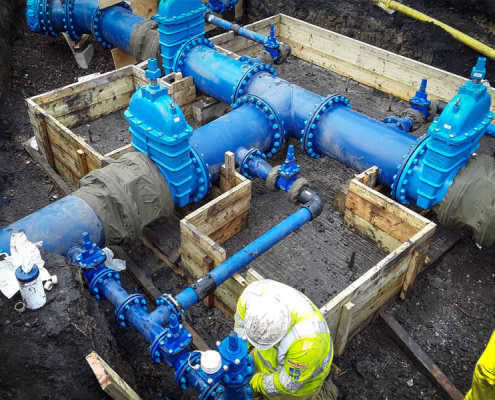 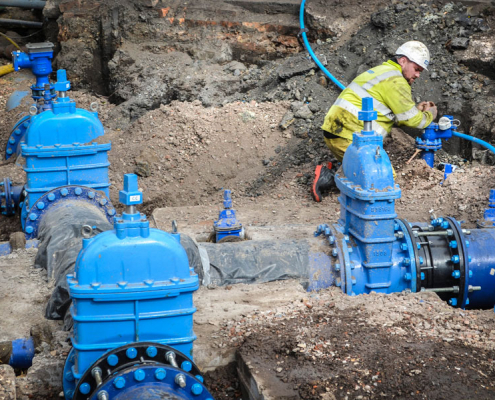 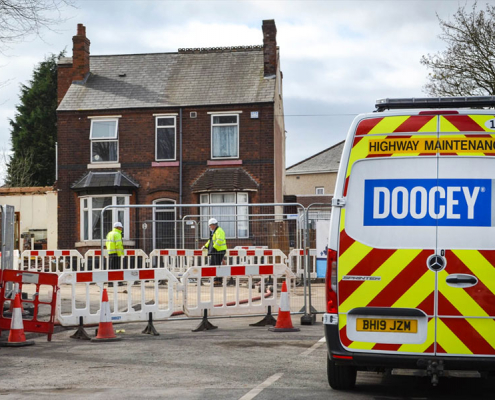 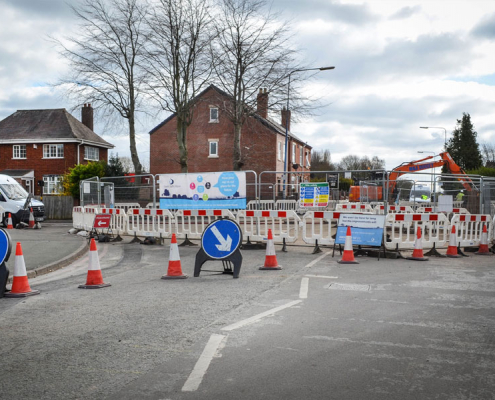 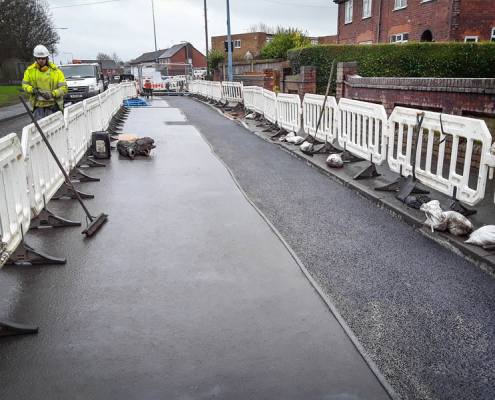 Following a major burst in Tipton, Doocey Group were instructed by South Staffordshire Water to replace an existing 18” cast iron trunk main. The burst disrupted the local Tipton area causing consequential damage. It was also agreed to replace the existing domestic 6” cast iron main and existing service supplies at the same time in the single trench. This reduced further disruption and additional excavation avoiding extra impacts on the environment whilst helping to reduce our carbon footprint.

It was essential we reacted quickly by making the site safe and keeping residents happy before starting on essential works. This also helped to avoid other parts of the network being affected which could have caused other major issues to local supplies.

Doocey Group firstly allocated teams to the project to carry out the clean-up operation. This was led by our client SSW who dealt with any press issues and deployed their customer care vehicle that managed any local resident concerns on site. This time allowed us to allocate resources to replace the existing mains along with other works. Doocey Group set up a management team to ensure delivery of the replacement mains. Pipe and fittings were ordered, suitable plant was deployed and works commenced with four, two man teams that were allocated duties on a daily basis. 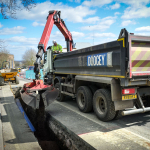 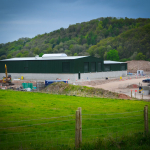