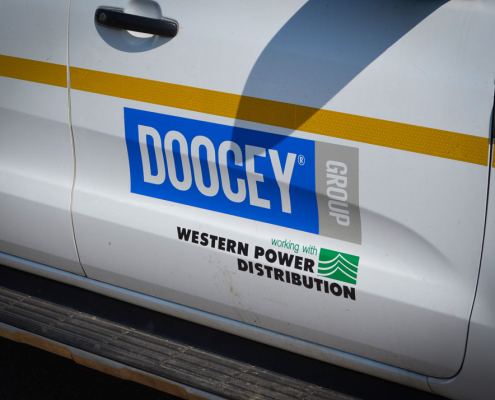 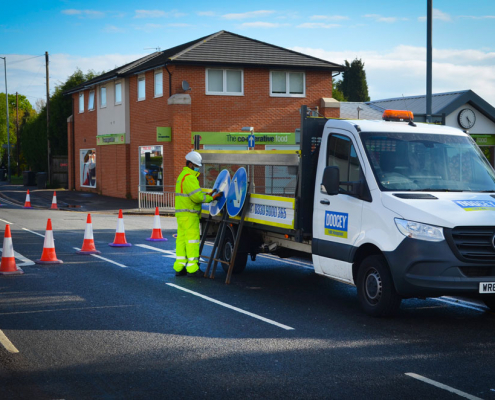 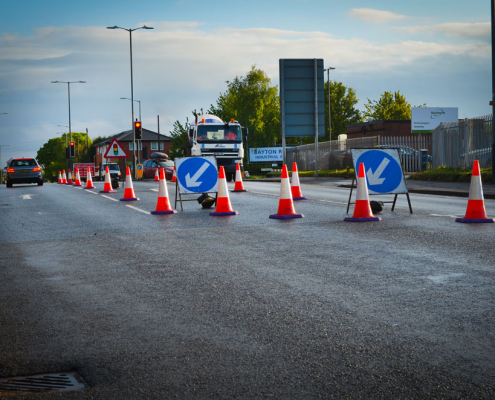 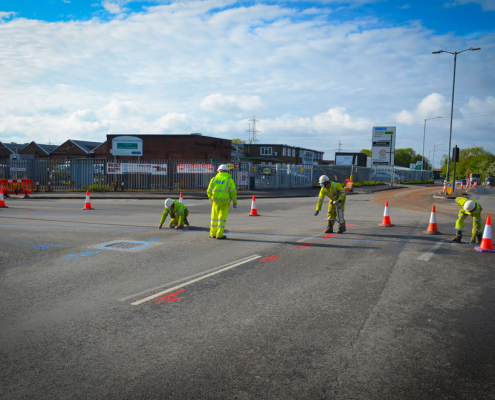 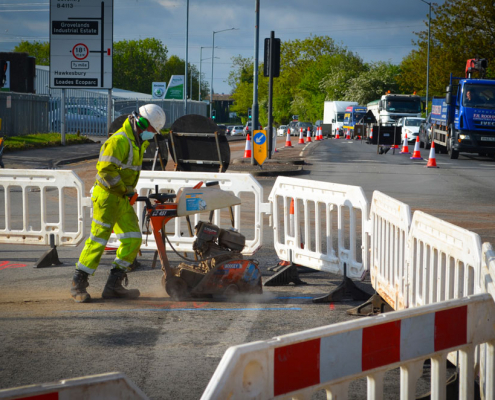 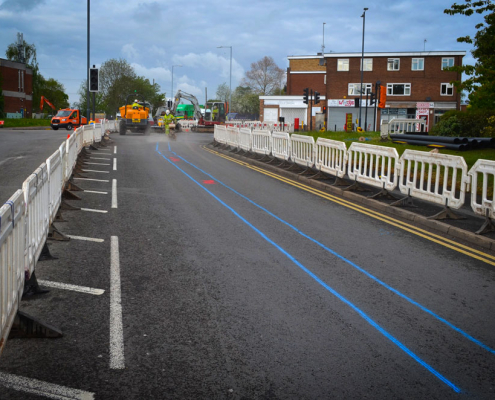 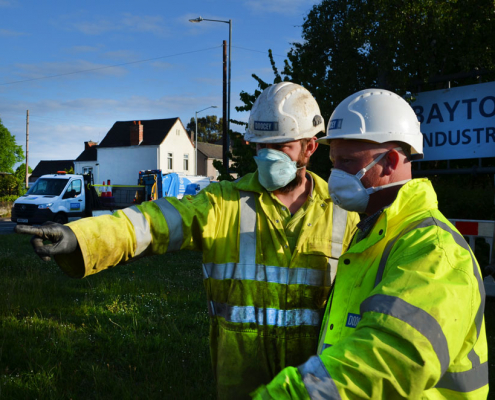 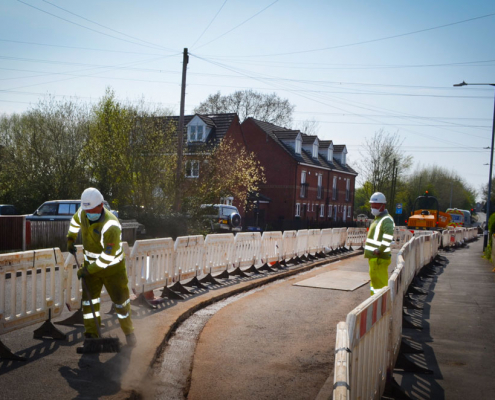 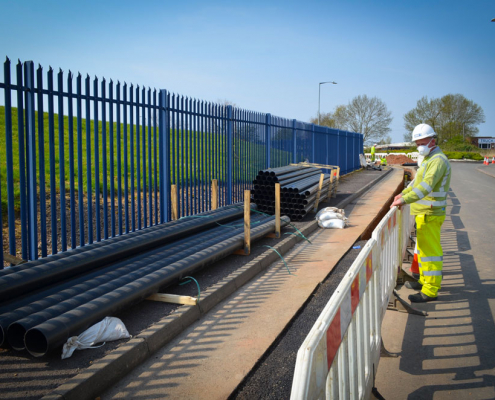 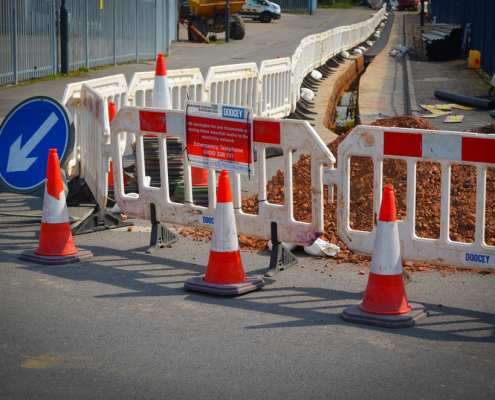 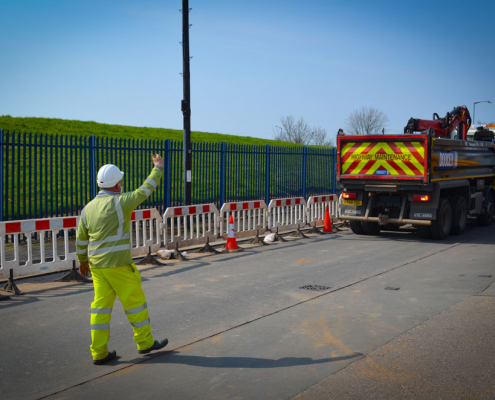 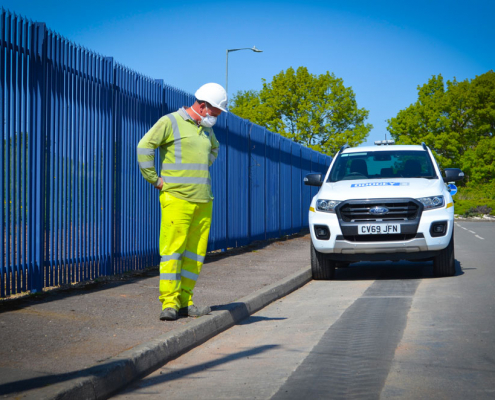 Doocey Group were contracted to install 1.9km of 33Kv and 2.3km of 11Kv reinforcement in the Exhall area of Coventry. The installation of the new 33Kv network was to divert an existing cable route that had experienced a great deal of cable fault in the previous 12 months. The route was chosen to be diverted as the existing route travelled underneath a network railway line and the risk of a cable fault under a live railway line could be eliminated.

The installation of the new 11Kv cable circuit was to add more network resilience in the area and allow new customer of the nearby industrial estate increase their dependency on the network. All HV jointing and cable testing was completed by Doocey Group on the project, this offered Western Power Distribution an offsite turnkey installation of 11Kv and 33Kv circuits.

Some of the project challenges included:

During the post contract discussions, cable installation over a canal in an existing cable bridge was something which both parties agreed required additional investigation. This allowed us to fully understand the requirement for negotiating the installation of the 11Kv cable circuit over the cable bridge. The additional investigation saw the erection of scaffolding on both sides of the cable bridge and removal of metal security covers to fully survey the task ahead. From this survey RAMS were completed covering all risks and operational limitations associated with the works. This allowed for a seamless installation of an initially anticipated difficult cable pull.

Cable installation through a busy industrial estate that operates mainly heavy industry was planned and programmed in during the post tender discussions. This was to be a challenging section of the delivery due to the heavy haulage that accessed the industrial estate. Close collaboration with local stakeholders was imperative to ensure disruption was minimised and business were not affected on the estate. The project was completed with zero complaints and an excellent PR roll out to maintain a constant stream of communication with local business owners.

Deep excavation requirements were not known at the post contract award stage and only became apparent when operational works commenced on-site. A section of the works located directly o/s a WPD substation was found to have altered since WPD plans had been completed. This was because the formation level on the section of land o/s the sub-station had changed over the years meaning we had to expose all cabling entering the sub-station allowing cable identification to be completed. Once the deep excavation requirement was evident the works stopped and re-evaluated. Temporary works design was completed and operative with the correct deep excavation companies mobilised to site.

Job was completed with zero complaints and ahead of schedule.

A fantastic group of guys to work with and a breath of fresh air. All promises were maintained and when a curve ball was experienced these were dealt with efficiently and successfully. I look forward to working with them again in the future. 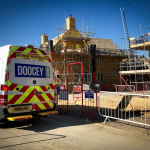 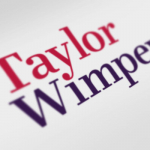