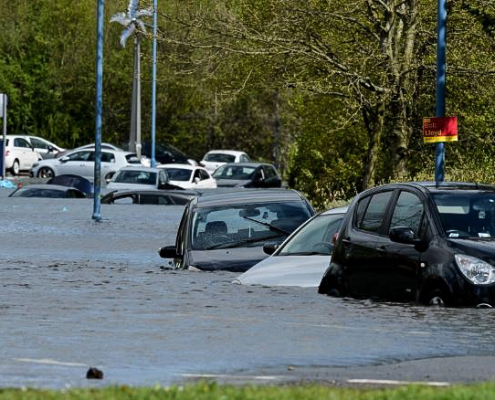 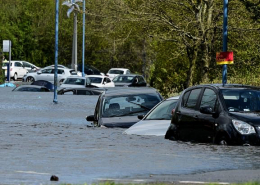 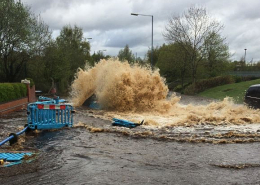 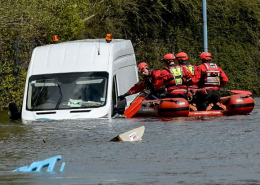 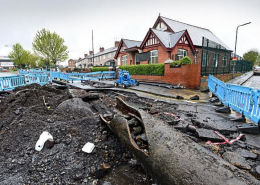 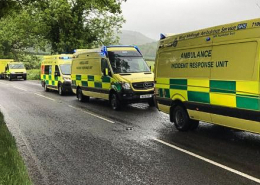 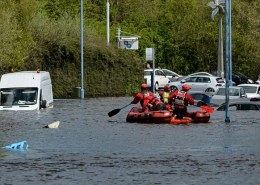 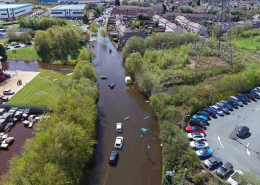 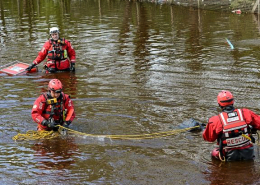 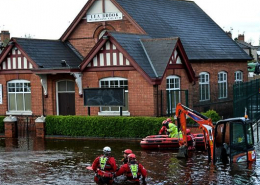 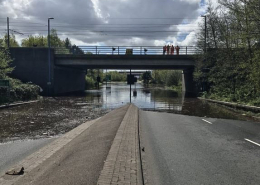 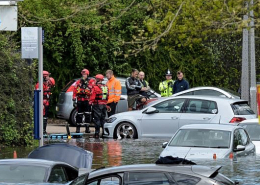 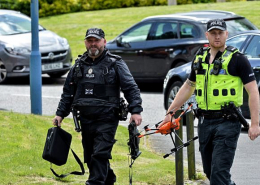 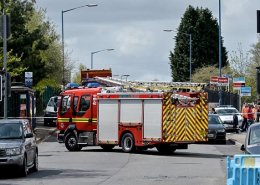 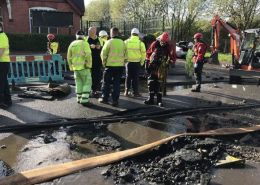 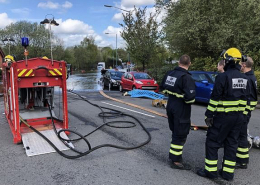 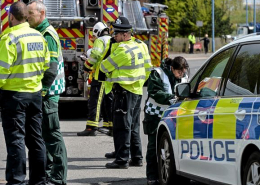 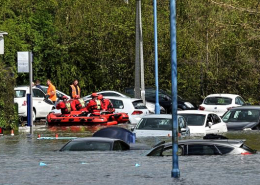 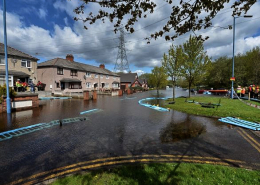 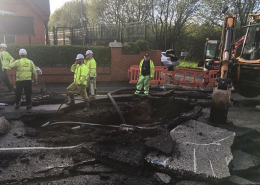 Around 10 million litres of water flooded roads after a pipe burst during roadworks on the Leabrook Road in Tipton in April this year. Water reached 9ft in places and a woman had to be rescued whilst cars were left under water. Nearby gardens, homes and businesses were affected and a stretch of Black Country New Road was closed for days after water spread over the route.

The pipe is believed to have been damaged by a mini digger during work by Western Power to install a new electricity cable. Six fire engines and around 60 firefighters including specialist water rescue teams were dispatched to the scene, where one woman was rescued from a house and another man suffered a broken wrist after falling down a hole.

Firefighters pumped around 4,000 litres of water per minute away from the flood, as twelve homes were left without electricity and drivers returned to assess the scale of damage to their submerged vehicles.

Seamus McKearney, our Repair & Maintenance manager and his team attended the site to save the day fixing the burst as if it were just another day at the office.

South Staffordshire Water estimated around 10 million litres or the equivalent of four olympic-sized swimming pools of water escaped from the pipe.

The video taken at the flood showing water gushing out of the pipe outside Lea Brook Methodist Church as several cars float in the water can be viewed by clicking the button below. Pictures and story courtesy of the Express & Star. 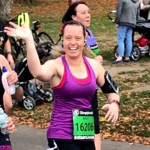 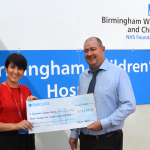